Dr Earl Arthur Murchison once again made Charles Darwin come alive in a presentation on Sunday, August 26, 2018 (1-3pm) at Reason Center in Sacramento. The event was hosted by Atheists and Other Freethinkers (AOF), one of Reason Center’s partner organizations.

From the announcement in the AOF newsletter of August 2018:

Presented for your enjoyment: Charles Darwin, history’s most influential freethinker, consistently ranked as one of the Top Ten Minds of the Millennium. All agree he lived a fascinating, exciting life of discovery. Now esteemed AOF member Arthur Murchison, retired marine biologist, will invite Charles Darwin’s living ghost to tell us how he (Darwin) became such a big noise in the world of science.

An enthusiastic science history buff, our time-tripping tour guide has found the life of Charles Darwin to be especially intriguing. Having spent much enjoyable and informative time with 19th-century British scientists (formerly called “natural philosophers”), Art will hop into his Wayback Machine and revisit their world with the help of digital images, music, and narration flavored with sound effects.

Dr Murchison has given many presentations about Darwin at the Reason Center, an organization which takes great pride in his membership. His lectures are lighthearted in tone but heavy in scientific gusto, rich in historical detail and complemented with captivating images. With such an important topic about a giant who shook the scientific community and upended traditional ideas about human origins, the lectures are usually followed by lengthy and insightful discussions. 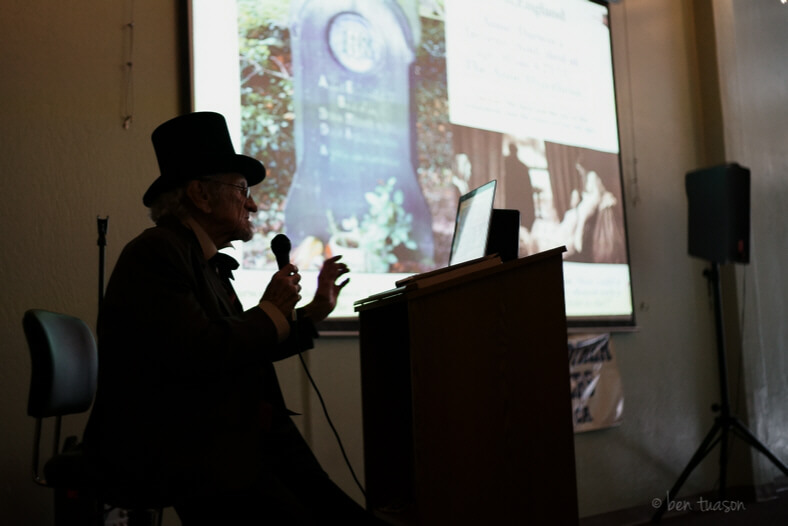