Reason Center’s Third Anniversary celebration was the occasion for the official opening of the Futrell-Geisert Library, a small lending library and reading room, named after two generous Reason Center donors, Mynga Futrell (library curator and a founding Reason Center board member) and her husband, Paul Geisert.

This Library’s holdings focus on topics of likely interest to freethinkers, atheists, and skeptics, or however they may choose to identify by philosophy or worldview. A particular emphasis is given to writings and media that address such subjects as liberty of conscience, world religions, and separation of religion and government.

Most of the Library’s materials, including books and select media, are available for circulation among supporters of the Reason Center. (Items on Reserve can still be perused in the Library but not removed from it.)

In all, twelve categories are used for grouping books and pamphlets on the shelves, with identical color labels indicating the genre. Items are arranged within those categories alphabetically by author last name. Among the genres are: Atheist Argument; Humanism/Skepticism/Freethought; Literature (Fiction and Poetry); Science and Pseudoscience; Philosophy; Women and Society; and Children and Youth. 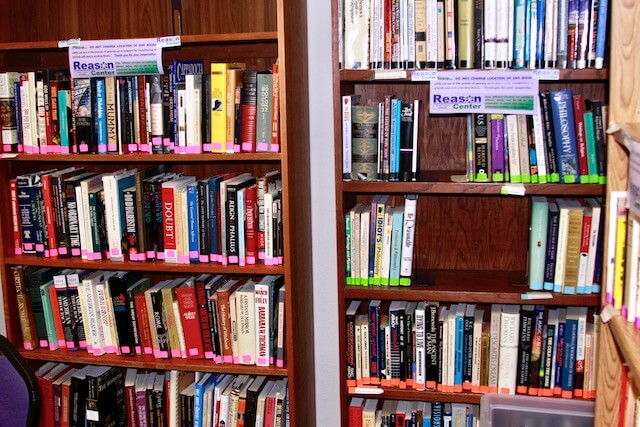 Except for a small portion identified as “held on reserve,” all items may be checked out for a month by registered library patrons. To become a patron, one must complete an application form providing appropriate contact information and also be a supporting member of Reason Center. (Anyone who is supporting the Reason Center at a level of about $50 per year qualifies.)

Reason Center’s Library was seeded initially by over 350 books previously acquired by Mynga Futrell while in her role as historian/archivist of the local Atheists and Other Freethinkers (AOF) organization.

She had labeled and housed the two private collections since 2010. The “John Massen Collection,” she had obtained from her friend and colleague in 2005, and the “Eric Pengelley Collection” was later contributed by Dr. Pengelley’s heirs after his death.

Last year, AOF’s board agreed to house both of its unique assemblages at the Reason Center and to make most items publically available.

Jack Massen founded the Atheist Alliance International organization and, as a concerned citizen, initiated actions to promote “education about freethought” in public schools. (Many of the books in his personal collection are indicative of his formal efforts in “Objectivity, Accuracy and Balance in Teaching about Religion” (OABITAR) to balance the curricular reality that public schools are teaching about religion with not a word about skepticism to it.)

Dr. Pengelley was a UC-Davis biology professor whose private collection reflected his interest both in atheism and what he saw as negative consequences of religion. The Library’s category, “Harm of Religion,” draws almost entirely from Pengelley’s collection. 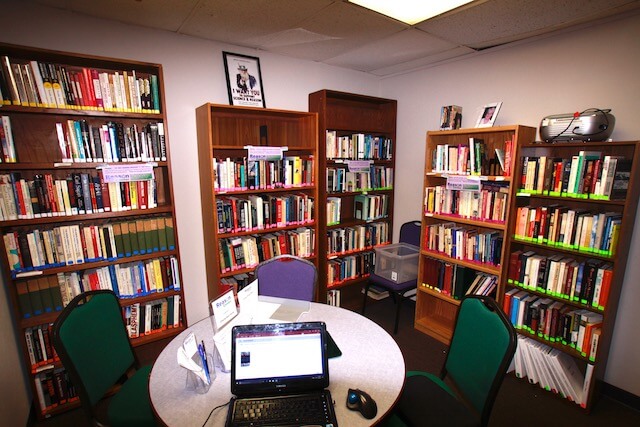 Since Reason Center opened in 2015, additional items have been acquired. Many in the Library’s “Women and Society” category, and most of the bookcases in the Library, come from Cleo Kocol. After Cleo’s death in 2016, Reason Center acquired quite a large number of books on topics that had interested this prominent local feminist and humanist activist. Other local donors have added items well-suited to be housed in the library, such as “the complete works of Robert G. Ingersoll.”

Reason Center’s Library is named for curator Mynga Futrell and her husband, Paul Geisert. Both were educators and have been activists of long-standing, wearing “many hats” along the way.

It was Paul who in 2000 first envisioned a “Reason House” in Sacramento, articulating that the boards of the two local humanist and atheist organizations existing at the time, rather than sending their funds outward (renting meeting rooms, etc.), should combine forces and procure their own place for freethinkers to gather in Sacramento. 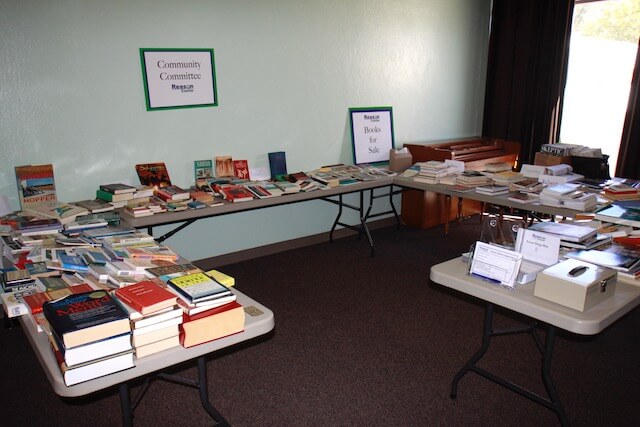 The Community Committee raised over a $150 from the recent Library book sale at the Reason Center’s Open House.

Cataloguing all the Futrell-Geisert Library’s materials for the past several months was quite a project!

Reason Center obtained special library software, which helped categorize all the materials (e.g., authors, titles, descriptions, ISBNs, who donated the items.) But it was Reason Center member Fran Evanisko who did the most tedious data entry work associated with that chore! Hence, Fran Evanisko has been named Reason Center’s official Librarian! Others on the curation team are Mynga Futrell, Wendy Ikelman, and Ruth Rezos. 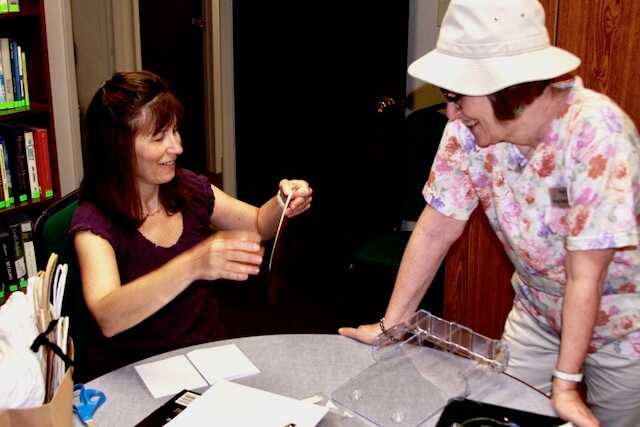 A donation bin is available and book donations are welcome if deemed well-suited to the library’s focus. The curation team will have to reject (i.e., pass along to other local libraries or “Friends”) any items that are donated but do not fit, so please preserve their volunteer energies by paying attention to the listed categories shown in the Library that indicate the types of items sought.

Become a Library Patron and check out materials!